This ESPWatch starter Kit is for the beginners to learn how to create an ESP watch with detailed guide, it is for the starters to dive into the electronic world, with 1~2 hours’ learning, a non-electronic starter can create this ESP watch, to enjoy the joy of creating something by oneself.


The ESPWatch is based on ESP12 WIFI module, it gets the date/ time and the weather forecasting in few days from Internet server, and can also remote control the local instruments, such as Relay/LED/Fan. With this learning, you will learn the basic skill of components soldering/Arduino Programming/WIFI usage/Basic http protocol, the first& easy step to get into the electronic/programming world.
There we also prepared simple case/watchband, so that you can get it works on your wrist within few minutes.


It can be an Internet Watch, with real Date&Time: 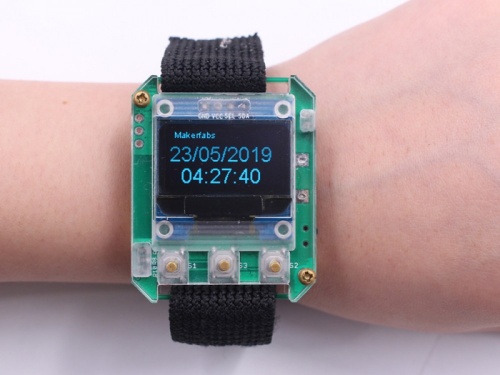 And also a weather forecasting: 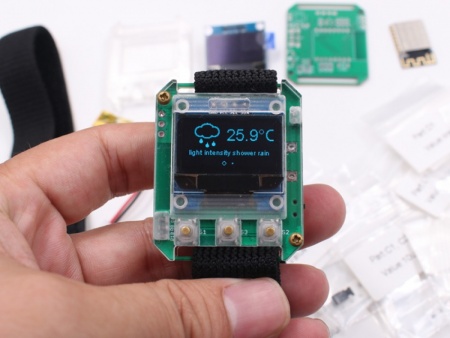 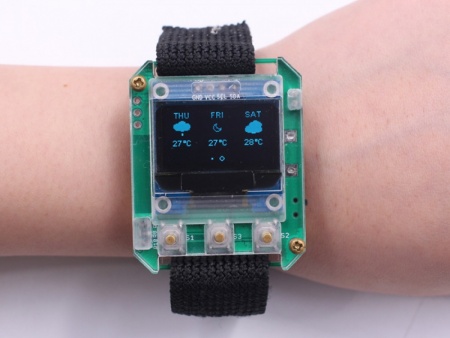 And can be also a remote controller: 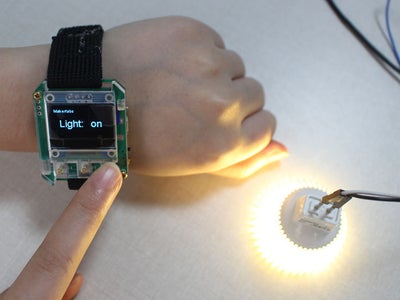 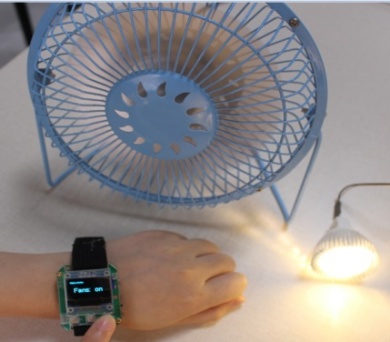 Noted: This is a DIY kit, you will need to soldering by yourself.
There the detailed solder guide at : https://www.youtube.com/watch?v=gcKN0VuYRUo&feature=youtu.be

The ESPWatch is a kit for customer assembling, users should firstly solder all the components. A soldering iron and some Tin wires are needed.
There the detailed soldering guide at youtube: https://www.youtube.com/watch?v=gcKN0VuYRUo

The ESPWatch is based on the Arduino IDE, if there no Arduino IDE in your Computer, please download the latest Arduino IDE at: https://www.arduino.cc/en/Main/Software

Install the IDE and all the related drivers: 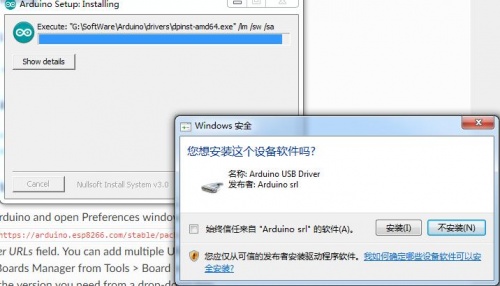 Start the IDE, there would be a simple sketch by default: 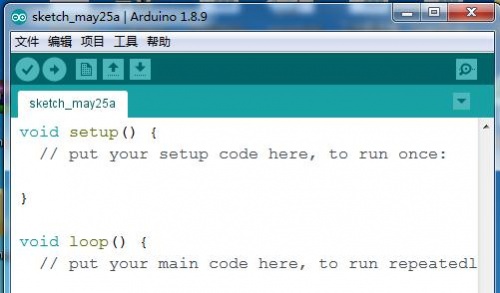 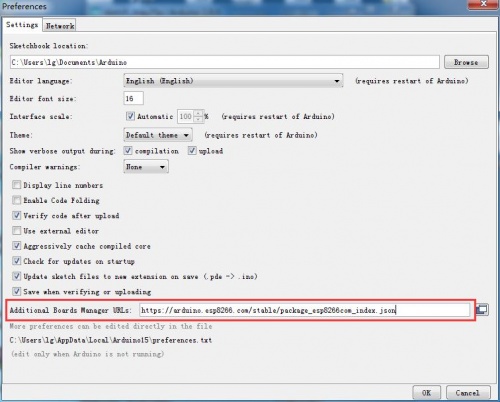 And then you should find the ESP8266 in the Arduino IDE: Tools->board-> boards manager, let’s install it by click the “install”: 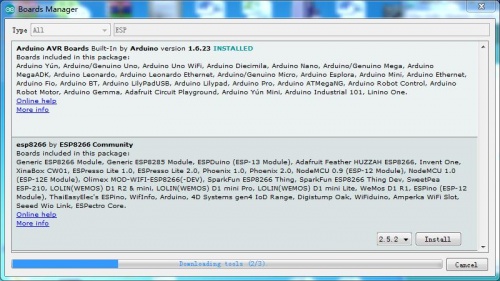 After the installing, you can find the NodeMCU 1.0(ESP12E module) platform at Tools-> Board Menu: 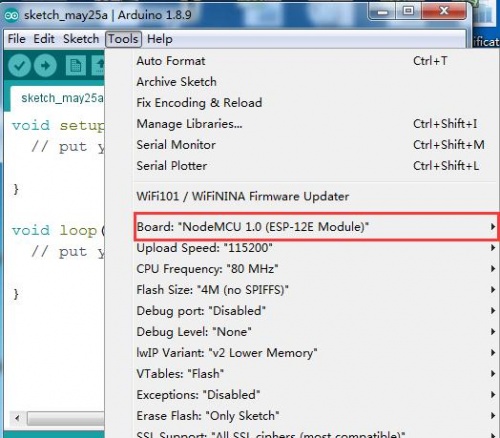 There at least these libraries need to be installed:


We can seach "ntpclient","lwmqtt", " ESP8266 OLED Driver for SSD1306 display","timekeeping",“ESP8266 Weather Station”, ”JSON Streaming Parser” to find these libraries in library manager, and install them. 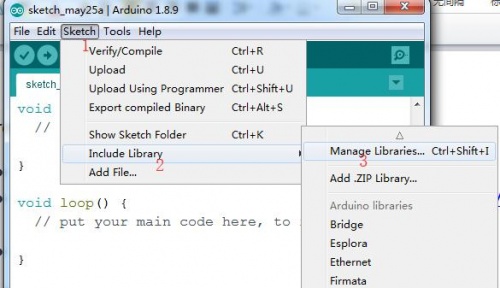 Search all libraries, and install them all:

1. Log-in the cloudMQTT(if no, you need to register an Account)
2. And Create a new instance:
Step_1:

And then here you can get the instance info:
Click the Instance Name: 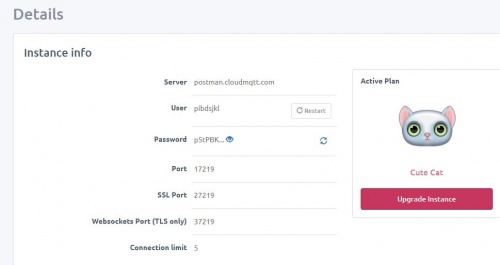 After regestering, you will get your API key :

And you can also check your city ID at: 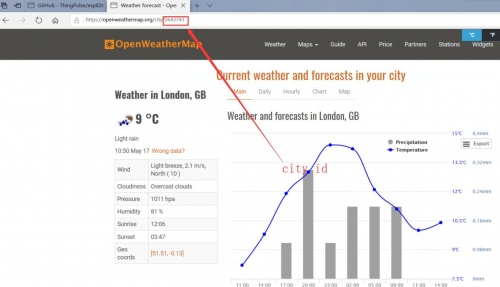 Connect the ESPwatch to PC with PL2303 UART wire, the drivers at: http://www.prolific.com.tw/US/ShowProduct.aspx?p_id=225&pcid=41 After driver installed , it will act as a COMM port: 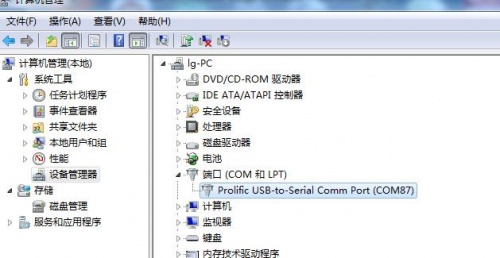 Open the watch.ino sketches:
1. Change SSID and passowrd of the Wi-Fi, 2. Modify hostname, port, user and user_password for MQTT, 3. and the weather_map_ID and Location_ID 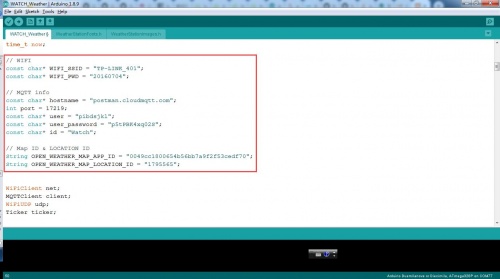 And we can now update the codes to ESPWatch now. Select the right COM port and board in Arduino IDE: 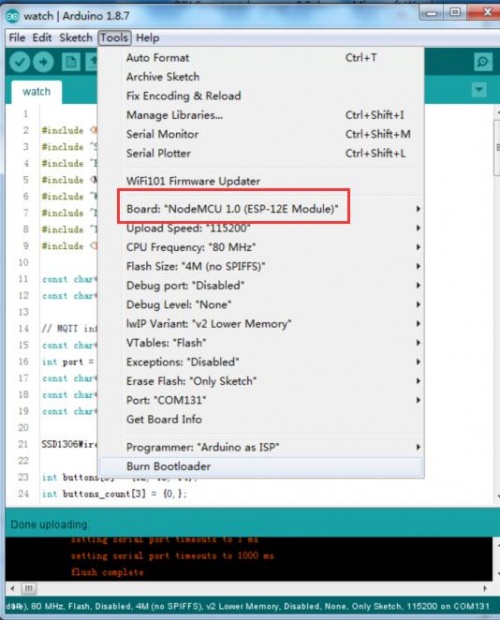 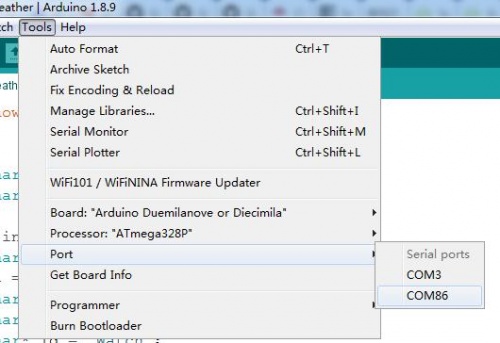 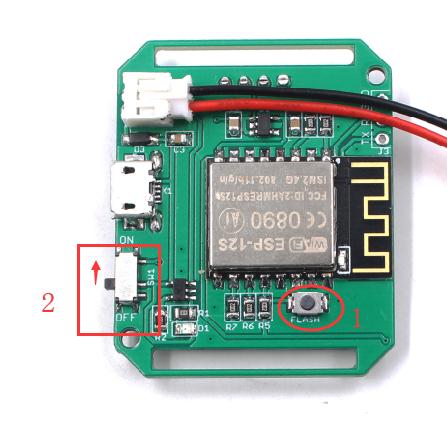 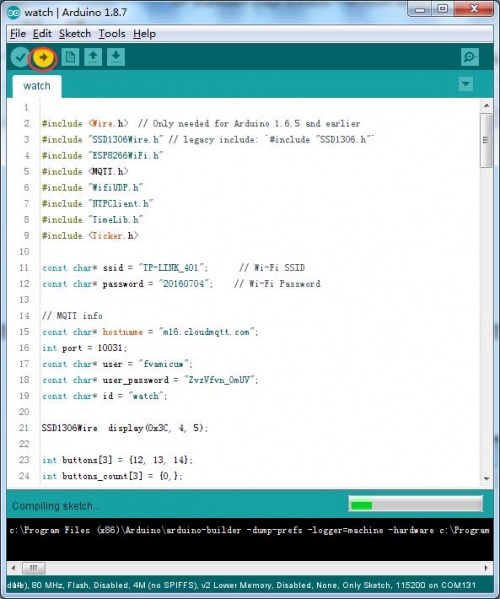 If no exceptions happen, the ESPwatch works!

The ESPwatch can be also use to control other modules, such as the ESP relay: https://www.makerfabs.com/esp-01s-relay-module.html, and thus to create remote control application, such as AC lamp/Fans.


Note that the ESP12S module with relay do not included in the kit, users need to purchase them separately.

Log-in the cloudMQTT(if no, you need to register an Account), and create a new instance: 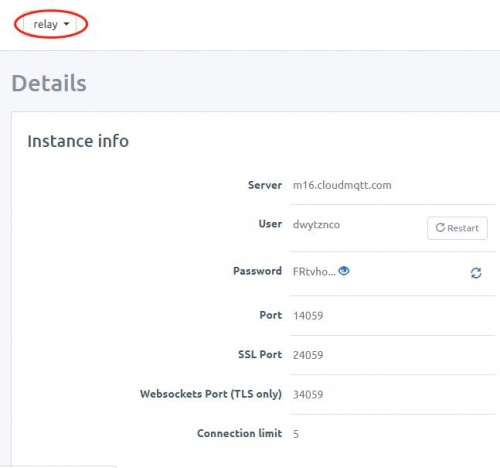 Open the sketches relay.ino, change SSID and passowrd of the Wi-Fi, and modify hostname, port, user and user_password for MQTT.


Noted: port must same as the watch. 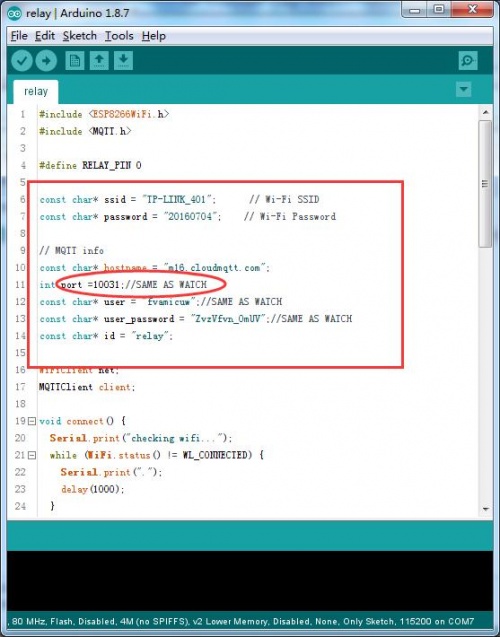 Plug the ESP-01 on the ESP8266 debugger, and programming the ESP module, Select the right board to begin the programming 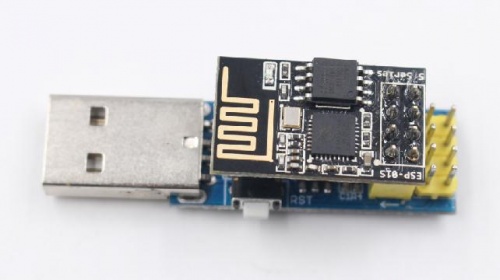 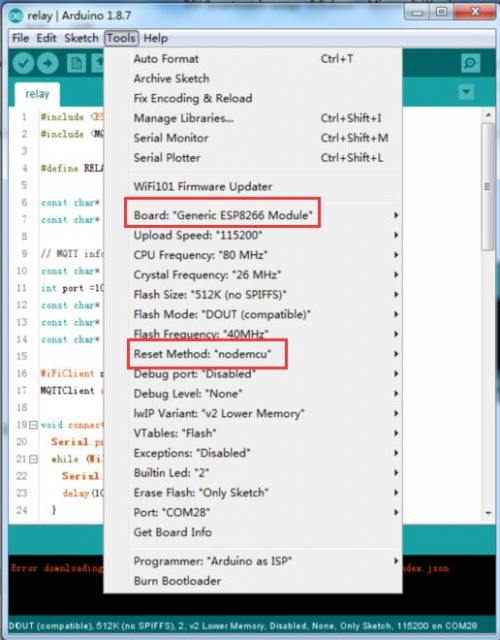 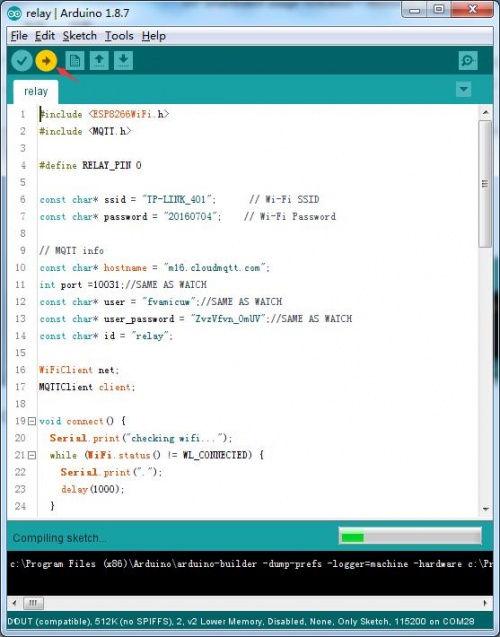 And now you can connect the Relay to your AC lamp/Fan,etc, to make it remote controlled by the ESPWatch.